How Much Does Sandblasting Cost? 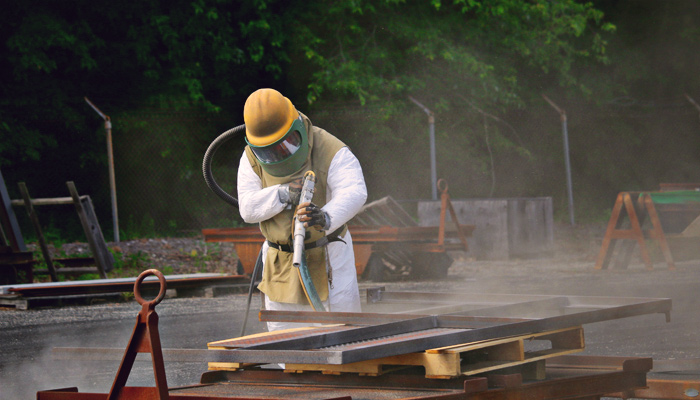 Houses might occasionally need painting or restoring, and you might want to consider sandblasting them too. However, you should first get informed on the prices of such techniques. So, how much does sandblasting cost? An average cost would be of around $2 per square foot or $40-65 per hour. The national average for sandblasting a 1,500-square foot brick home is $3,000.

Whether you hire a company or do it yourself by renting or buying a sandblasting kit, the factors we listed will influence the final cost of the procedure too. Also, don’t forget you might need some extra materials that you will have to pay for separately.

Before determining the cost of sandblasting, you will need to know the hourly rate and how many hours the job will take. Small jobs will be more expensive per hour. While the process itself is simple, a great deal of preparation is necessary in order to protect the windows, roof, paint, and landscaping. You also need to factor in the cleanup costs.

Here are some average costs and statistics for sandblasting jobs:

Aside from the costs of sandblasting described above, you should also take into account that you will probably have to deal with some additional fees. The extra costs can include those for safety measures, such as protective gear or an alternative air supply.

Also, you will have to support the costs for protecting your neighbors’ homes, yards, or for providing them with formal notifications. Neighbors must be given three days’ notice before you begin sandblasting. You will be responsible for any potential damages caused by the sandblasting to your neighbors’ property.

Certain types of grits – such as walnut shell and garnet mineral blasting – will come with additional fees as well. Using dry sandblasting will cost about one dollar more per square foot than wet sandblasting since it’s more difficult to clean up.

Top Places to Go to for Sandblasting

How much does sandblasting cost in other countries? Here is some useful information on the price rates of this operation in Canada and the UK. Compared to the US, hourly rates for sandblasting are slightly more expensive in Canada but cost less in the UK.

How Much Does Sandblasting Cost in Canada?

How Much Does Sandblasting Cost in the UK?

Therefore, how much does sandblasting cost? The final answer depends on the materials you will be treating and those you’ll be using, the scale of the project, and the number of hours the job will take.

If you take the time to understand the process, to research different deals offered by various companies and follow safety protocols, sandblasting can be a cost-effective solution for many interior and exterior projects.

If you have previous experiences with sandblasting, please share your comments and opinions!

Also, for more serious cleaning needs, now that you know how much does sandblasting cost, you might also do well to check the costs for a mini-excavator.